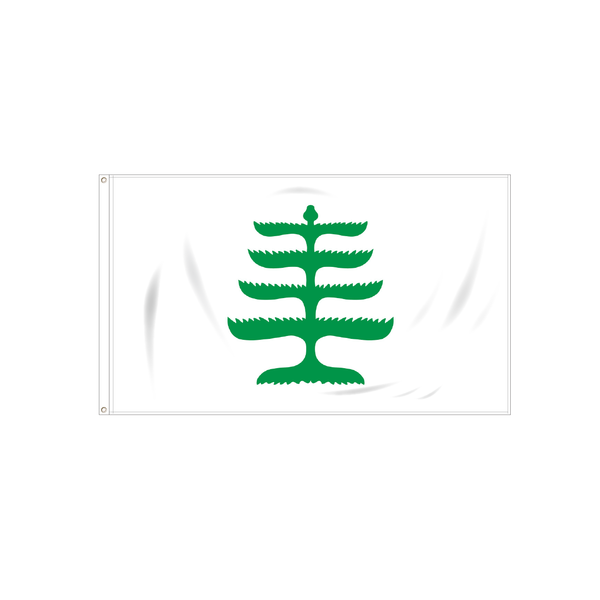 Contrary to what many think, this isn't a revolutionary flag, but was in use a hundred years before then, as a symbol of New England in general and Massachusetts in particular. Once war broke out, it was swiftly adapted by the Americans in various forms, and in April of 1776, it became the official flag of the Massachusetts Navy.

The Pine Tree flag features digitally reproduced imprint and sewn construction with durable nylon. Our flags are 100% Made in the USA.